Telephone lines open Monday to Friday 9:00am to 5:00pm 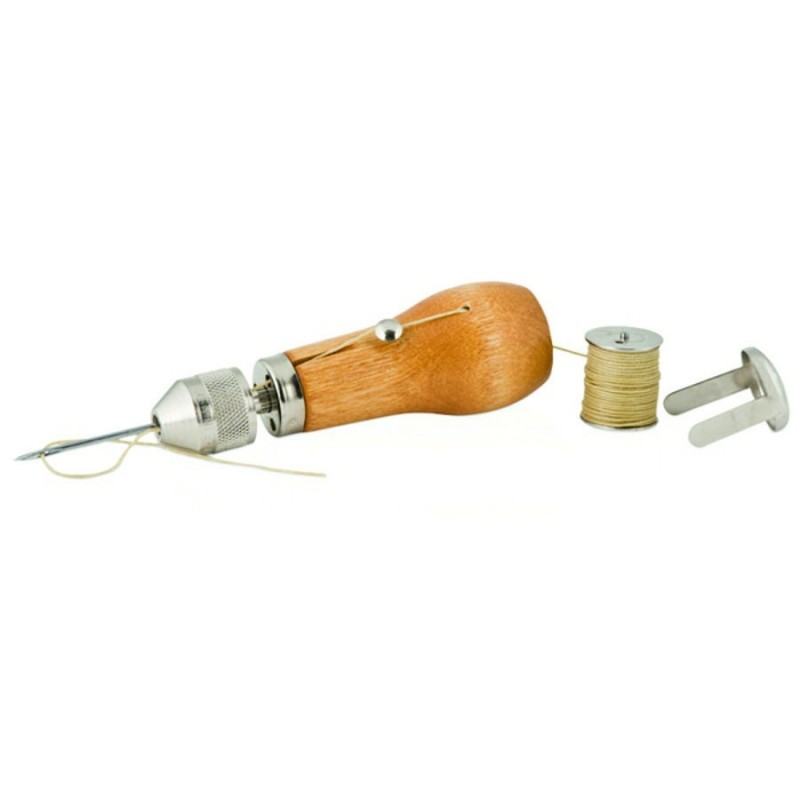 for onboard sail and canvas repairs

Manufactured Exclusively by Stewart Manufacturing Inc in the USA.

For onboard sail and canvas repairs

The Speedy Stitcher is a hand tool that can be used to sew any heavy material e.g. leather, canvas, sail cloth

With a little practice, it sews a perfect lock stitch every time, just like a sewing machine

A spare bobbin is extremely useful: load one with fine thread and the other with coarse thread in preparation for any repair.

The Speedy Stitcher was originally patented in 1909 by Francis Stewart of Central Massachusetts.
Mr. Stewart, a prolific inventor, introduced the Speedy Stitcher to the marketplace where it has remained in constant demand for over a century.

Mr. Stewart's friend and business associate John J. Hussey assumed control of Stewart in the 1950's and continued to offer the same high-quality sewing awl until 2000 when his daughter, Sheila Hussey Kelleher, relocated the company from Massachusetts to New York's Hudson Valley.

Since its patent and original manufacture in 1909, the Speedy Stitcher Sewing Awl has been proudly sourced and manufactured in the United States.

Stewart Manufacturing, Inc. continues to be a small family owned and operated business.  They pride themselves on continuing a tradition of flexible, friendly customer support, and the promise of delivering a unique, American made product to the marketplace at a fair price.

They take great pride in the fact that nearly all the component parts of the Speedy Stitcher are sourced from the United States - the wood handles are from Maine, the metal bobbins and caps are from Massachusetts and thread from the Carolinas.  Every awl is assembled and packed by hand, in our small factory in New York's Hudson Valley.

Stewart Manufacturing produces, markets, and distributes The Speed Stitcher Sewing Awl to retailers on five continents. They proudly stand behind their American-made product and invite you to join in the spirit of self reliance and creativity by owning the ever-popular Speedy Stitcher Sewing Awl.