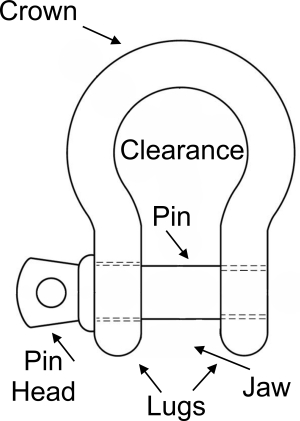 Anchoring shackles can be used to attach the anchor to the end of the chain – two shackles back to back is the tried and trusted method.

Back to Back refers to the crown of each shackle bearing against one another which results in both the pins taking the load correctly, one in the hole/slot on the anchor shank, the other in the end link of the chain. A one shackle solution may appear a simpler and cheaper method but it could lead to disastrous results: The connecting hole or slot in the anchor shank is quite commonly a straight cut through the metal resulting in a hard right angle edge. Passing the lug of a shackle through the slot and turning it to create a one shackle connection with the pin through the end link of the chain may be possible. However, this will mean that the inside of the curved crown on the shackle will bear against the hard right angle edges on the shank. This will adversely affect the strength of the connection as well as causing damage to the galvanising. Some anchors may have a bevelled, chamfered or filleted (rounded) edge around the shank slot/hole. However, the crown of a shackle will still only bear on the two machined edges which will not optimise the spreading of the load. It is good practice to orientate all your connections, particularly metal to metal so that the two bearing edges are arranged to to take the load in the best load bearing manner.

Back to back shackles deliver excellent articulation which can be extremely beneficial for lateral anchoring loads. 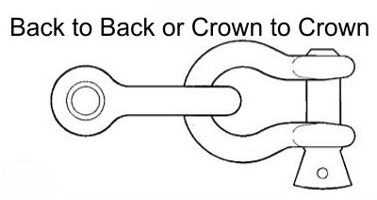 Some anchor connectors still require the fitting of an anchor shackle to facilitate articulation The photos below show examples of both good and not so good practice.

N.B. It is advisable to fit a suitable bow shackle between the anchor shank and the connector to reduce lateral load risk. Unless an anchor connector is specifically designed to withstand lateral loads, it needs to be able to articulate to align with the direction of the pull. One solution is to fit a shackle/ Maillon Rapide/ fixed connector to the anchor shank and attach this to 3 links of anchor chain which is joined to the anchor connector on the larger pin end. You will generally need the links to be one size larger than your anchor chain.

The curved crown of the shackle will take the load in an uneven manner in this relatively harsh anchor slot.

The curved crown of the shackle will take the load better on a rounded anchor slot. However, this anchor shank is relatively thin compared with the shackle which may cause load problems. 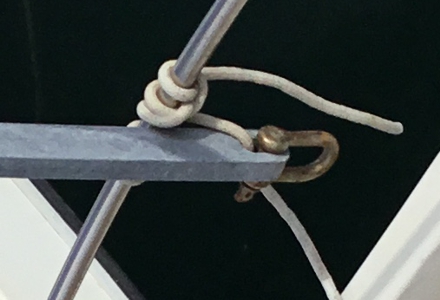 This anchor has a harsh, right angle edge to the slot, but the shackle is correctly aligned so that the load is spread along the length of the pin. The next connection should provide articulation.

This anchor connection is quite long but it is designed to swivel and twist so that the anchor comes up over the stem head in the right orientation. The shackle is aligned so that the pin takes the load on the relatively harsh anchor slot. The shackle has a socket pin head to prevent snagging as it pases over the bow roller. The banana shaped connector is from Osculati and provides the twist facility. There is also a swivel connection between the chain and the Twist Connector which is presumably fitted to help in this respect.

Modern anchors are not normally supplied with this feature. The tried and trusted CQR has a large shackle with a welded pin to facilitate a variety of options for connecting to the anchor chain. In this example, rotation is provided by the anchor connector and articulation by the extra shackle. The load bearing point between the two shackles will slip from side to side on the straight pin, but not a great deal because of the oversize nature of the CQR fitted shackle. The orientation of the second shackle optimises the load bearing between its curved crown and the pin on the anchor connector. 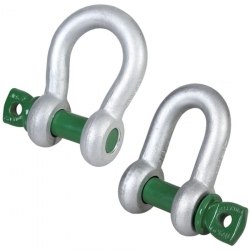 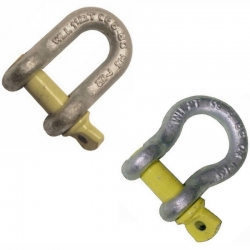 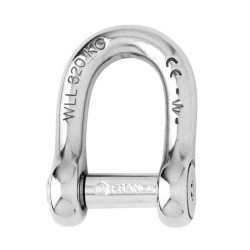 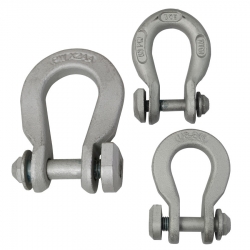 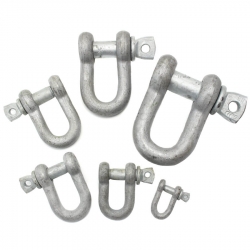 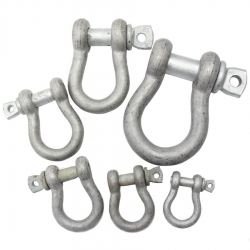 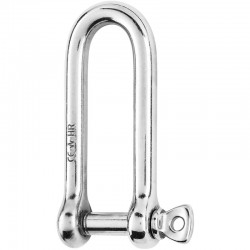 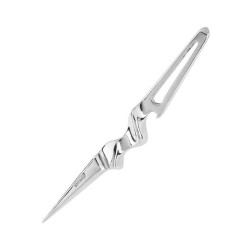 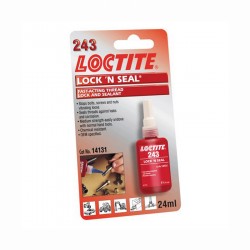 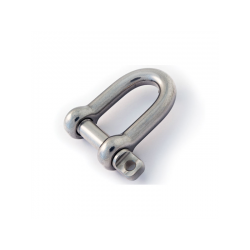 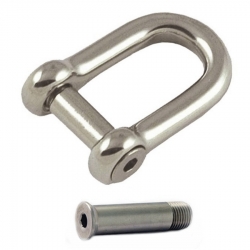 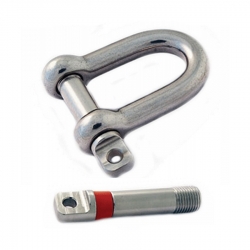